The Beginning
The mission of Serving Hands International (SHI) was born out of the deep compassion Terrence and Barbara Caster felt for people living in poverty. The Casters began their humanitarian efforts in 1963 with a focus to help their local community and Tijuana, Mexico, which shares the border with Terry and Barbara’s hometown of San Diego, California. In 1983 they founded Serving Hands International as a 501(c)(3) to serve the poorest of the poor. By working with local organizations that are closest to the poor SHI built strong partnerships with charitable groups in Mexico.

Mother Teresa
In 1988 the Casters were introduced to Mother Teresa. Serving Hands International began supporting her Mexico ministry and together they built an orphanage and shelter for homeless in Tijuana. More importantly Mother Teresa significantly influenced SHI’s mission to reach the poor not only with physical aid but also with spiritual aid. Although the Casters strongly believe in Mother Teresa’s exhortation of “…everyone to share in the joys of giving”, they do not fundraise or accept donations in her name.

Building Partnerships
SHI continued to build partnerships with ministries and charities focused on serving the poor in Mexico. Today we have over 43 partner organizations that provide a myriad of service. Currently, SHI works with a strong network of successful local charities that meet our standards for accountability and reliability. In this way we have developed one of the most extensive cross-border collaborations in the San Diego-Tijuana region. SHI has also branched out to support projects in other poverty stricken areas of the world including Africa and India.

Serving Hands International was founded in 1983 by Terrence and Barbara Caster. The Casters worked together with their family to help the poorest of the poor since they first married in 1953. Mr. and Mrs. Caster were married for 65 years, raising eight children while building a successful family business. On August 20, 2018 Mrs. Barbara Caster passed away surrounded by her eight children, 40 grandchildren and 53 great grandchildren. Her legacy is her family and their commitment to serving others.

Mr. Terrence Caster continues to lead Serving Hands International in the organization’s ongoing efforts to help others. In addition to founding Serving Hands, Terrence Caster was the Founder and Charter president of the Stadium Optimist Club. He also founded and was President of the Stadium Toastmasters Club. In 1984, Mr. Caster worked with other business leaders to found the East Mission Valley Rotary Club. In 1993, Mr. Caster received Rotary International’s highest honor, the “Service above Self” award for his philanthropic efforts. He has been recognized many times for his service to others. Mr. Caster takes great pride in his family and their commitment to helping the less fortunate.

Claim this page for your business. 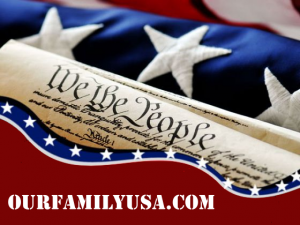 Please check your email for a confirmation email.

Only once you've confirmed your email will you be subscribed to our newsletter.